An alternative measure of South Dakota job openings and turnover data is now available. The Job Openings and Labor Turnover Survey (JOLTS) is a monthly survey conducted by the U.S. Bureau of Labor Statistics which can be used to gauge labor demand, monitor the dynamics between hires and separations and measure labor turnover. Data is collected from a sample of approximately 21,000 establishments across the United States, with data available for all states.

JOLTS produces estimates on total employment, job openings, hires, quits, layoffs, discharges and other separations. State and regional (Northeast, South, Midwest and West) estimates are only produced at the total nonfarm level, whereas national estimates are produced at the industry level. Only nonagricultural industries are included in the JOLTS survey. 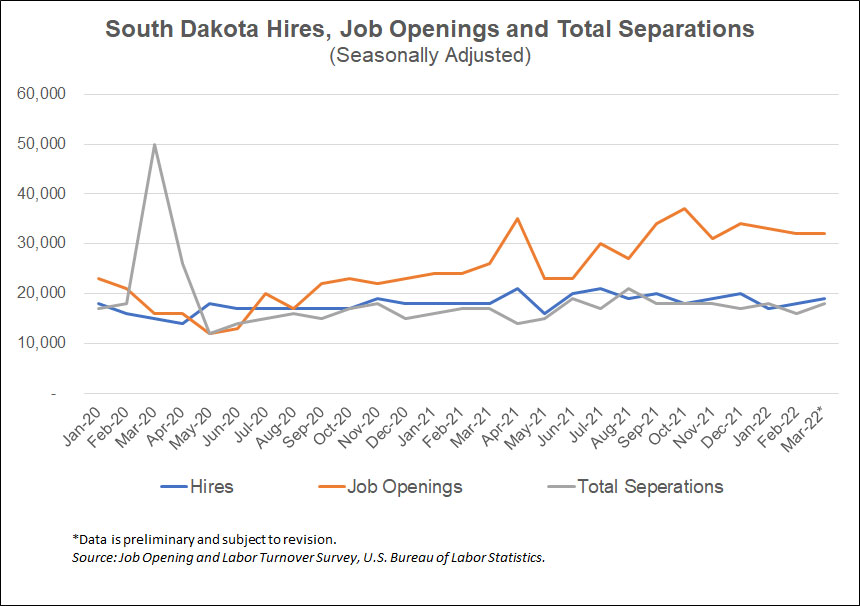 Job Openings includes all positions open on the last business day of the month. A job is only considered open if it meets the following criteria:

It does not include internal transfers, positions with start dates more than 30 days in the future, and positions filled by employees of temporary help agencies or consultants. 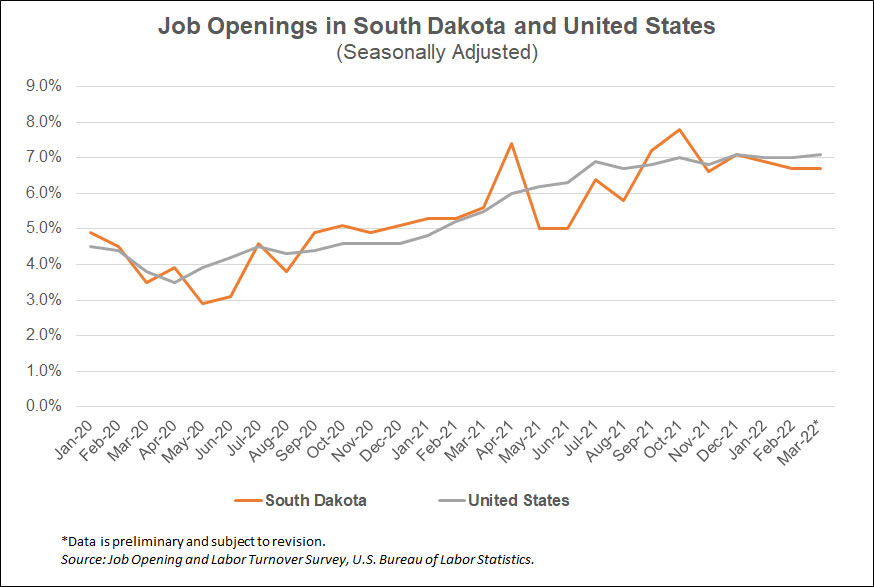 Both nationally and in South Dakota, job openings declined in the beginning of 2020 during the start of the pandemic. Towards the middle of 2020, job openings started to increase and continued this trend into 2022.

JOLTS defines hires as all additions to payrolls during the month. It includes new hires and rehired employees. It does not include transfers or promotions, employees returning from strikes, employees of temporary help agencies, or consultants.

The graph below shows the hire rates for both South Dakota and the United States over the last couple of years. The hire rate is calculated by dividing the number of hires by employment.

Hiring declined in the beginning of 2020. Many establishments held off hiring due to uncertainties the pandemic caused. By May 2020, hiring rates in both South Dakota and the United States began increasing again until late summer. Since an initial decline due to the COVID-19 pandemic followed by recovery increases, hiring rates have leveled out overall with the exception of some fluctuations. 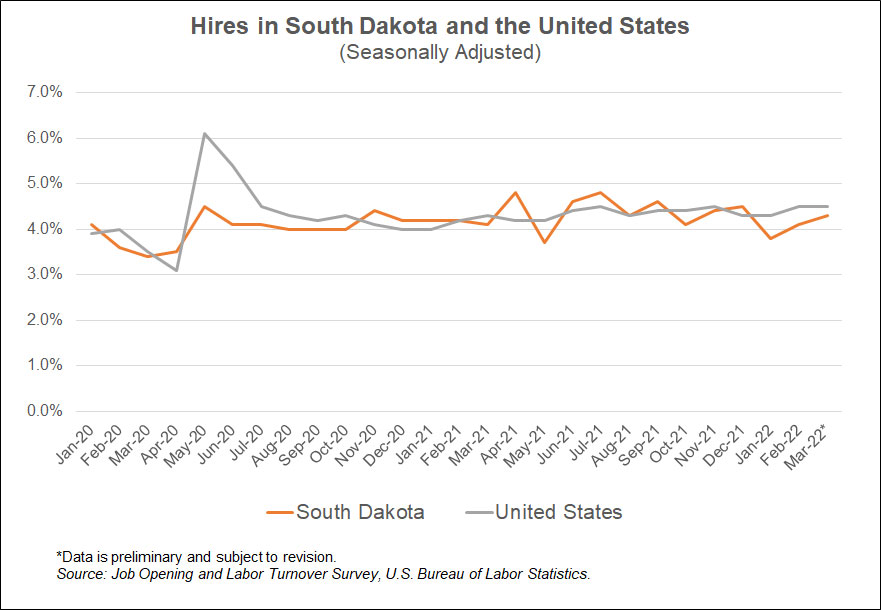 Total separations are defined as all employees separated from the payroll during the month. It includes quits, layoffs, discharges and other separations. They do not include transfers within the sampled establishments, employees on strike, employees of temporary agencies or consultants. 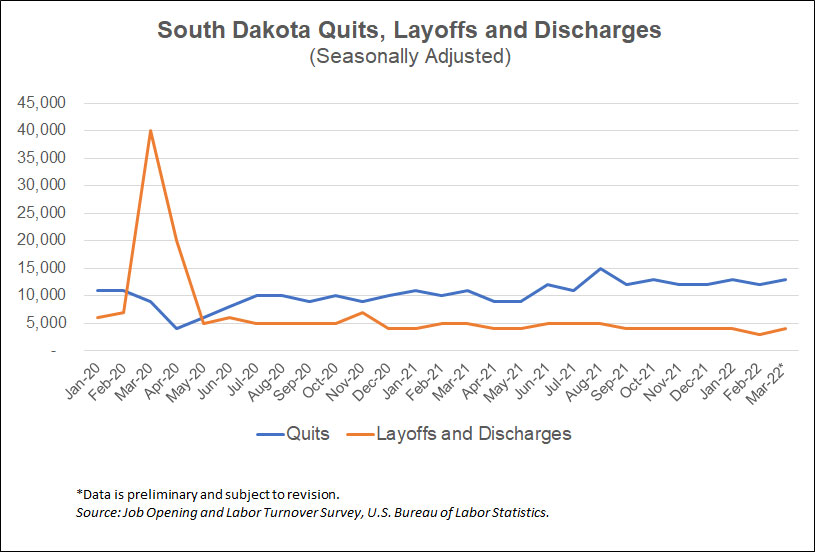 For more information about JOLTS including release dates, visit the BLS website or contact us for assistance.