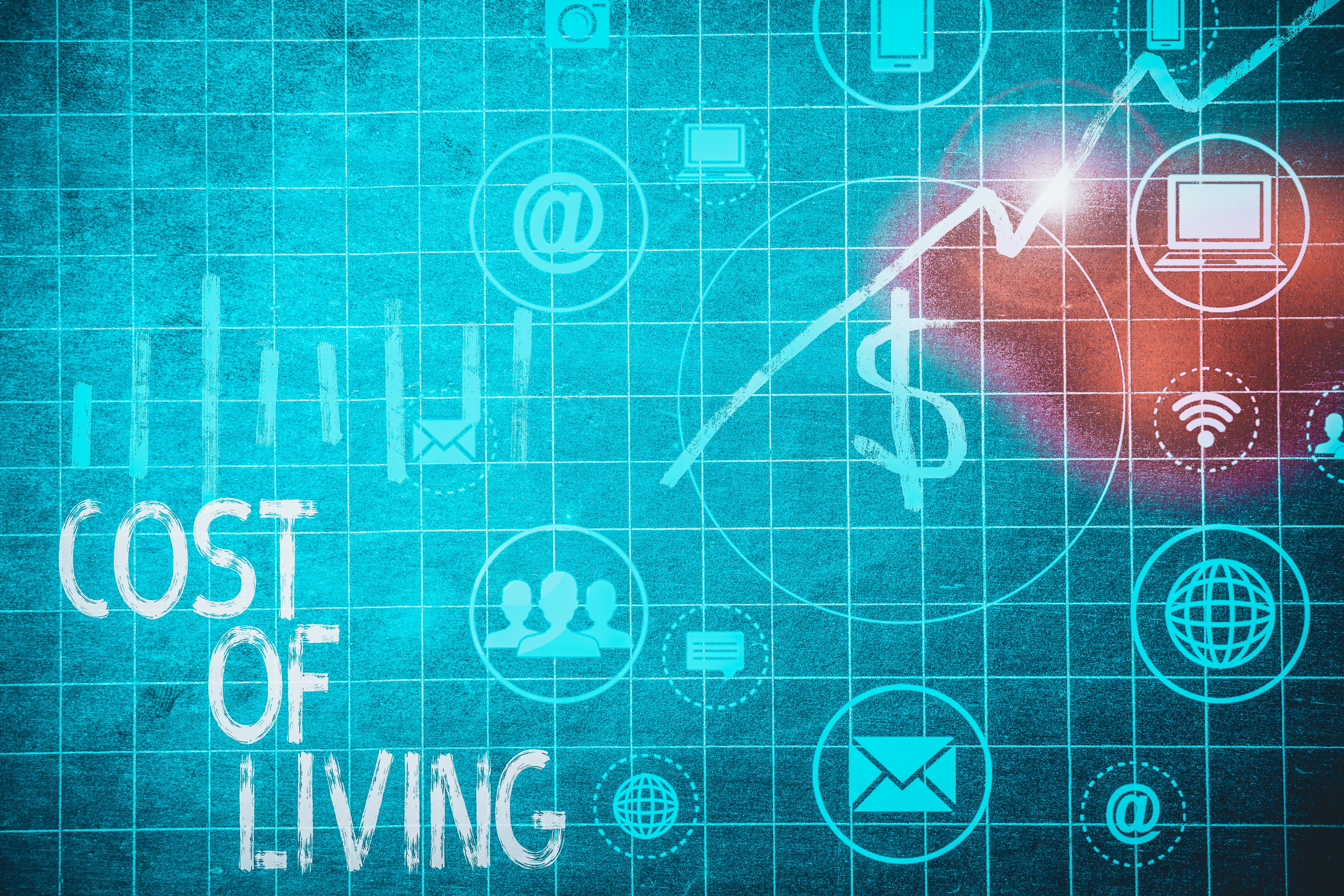 One of the most closely watched economic statistics in the United States, the Consumer Price Index (CPI), is an economic indicator tracked monthly by the Labor Market Information Center (LMIC). As defined by the U.S. Bureau of Labor Statistics (BLS), the CPI is a measure of the average change over time in the prices paid by urban consumers for a market basket of consumer goods and services.

Spending patterns of two groups of people are reflected in the CPI.

It is important to note the CPI does not measure just one person's own experience with price changes but instead reflects the experiences of millions of individuals and families. Market baskets of goods and services and their prices for these two groups are based upon the average household and seldom mirror a particular consumer.

The consumer goods and services market basket is arranged into eight major groups and classified into over 200 categories. The major groups are:

The CPI includes certain taxes because of the direct association with the prices of a good or service. Examples of such taxes are sales tax and excise tax. Taxes that are excluded are those not directly associated with the price of a good or service, such as income tax and Social Security tax. Also excluded from the CPI are investment items, as these items are related to savings and not day-to-day consumption expenses.

The CPI is used as an economic indicator. Primarily, the index is used as a measure of inflation over a certain period. Inflation generally indicates how well an economy is doing. Having an index like the CPI, which measures increases or decreases in inflation, provides insight into how economic policies affect markets. Economists, policymakers, businesses and even private citizens all benefit from understanding and tracking the CPI so they can respond to changes in inflation. Other uses of the CPI include being a deflator of other economic series and as a means for adjusting wages, salaries and pensions.

LMIC tracks and provides the following three CPI indexes in our virtual data system. The system data is updated monthly as soon as it becomes available from BLS, usually the second week of the month.