November marks the beginning of the holiday season for many South Dakotans. Thanksgiving and Christmas decorating begins. Holiday plans start to take shape for many families. Everyone prepares for impending winter weather, if it hasn’t arrived already—disrupting Halloween and football playoffs. This time of year is always busy.

But before we ready ourselves for the big holiday season, we celebrate our nation’s Veterans. Veterans Day is observed November 11 to celebrate the brave men and women who sacrifice so much to make sure we are safe and free to exercise our rights as American citizens.

The United States Armed forces consists of six service branches: Army, Marine Corps, Navy, Air Force, Space Force and Coast Guard. The current military branches were established after the revolutionary war, beginning with the U.S. Army in 1784, followed by the U.S. Navy in 1794 and the U.S Marines in 1798. These three branches can trace their origins back to their respective continental service branches used during the Revolutionary War. The U.S. Coast Guard was formally established in 1915, combining the Revenue Cutter Service, customs enforcement and the United States Life-Saving Service. The U.S. Air Force and U.S. Space Force were established as independent services in 1947 and 2019, respectively. 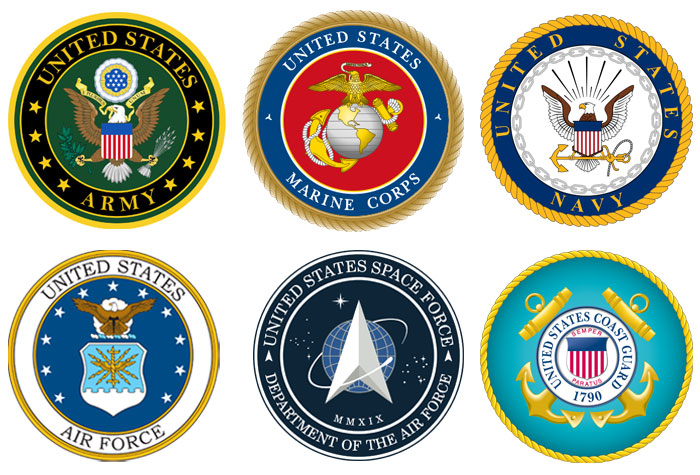 South Dakota is home to approximately 57,000 veterans according to the 2019 American Community Survey one-year estimates. This equates to 8.6% of the civilian population 18 years and over. The age group that makes up the largest percent of veterans is those who are 65 years and over. These men and women make up 52.1% of the total veteran population of the state. This age group corresponds to those who served in WW II, the Korean War and Vietnam. Many veterans of these eras did not set out to be members of the military but were called to service by their country through the Selective Service, commonly known as “the Draft.” 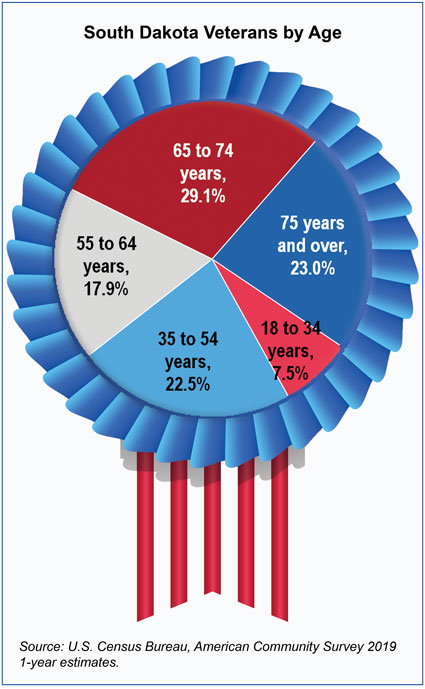 The Selective Service was used in all conflicts from WW I to Vietnam in order to fill vacancies in the armed forces which could not be filled by voluntary means. The Selective Service still exists today but has gone through several changes since it was first enacted. Since 1980 the system has been on standby, ready for rapid mobilization in the event of an emergency. All young men are required by law to register within 30 days of their 18th birthday.

The graphic and table below show the number of men who were inducted into military service through the Select Service System during the major conflicts of the 20th century. The last man inducted entered the U.S. Army on June 30, 1973, during the last draft conducted. 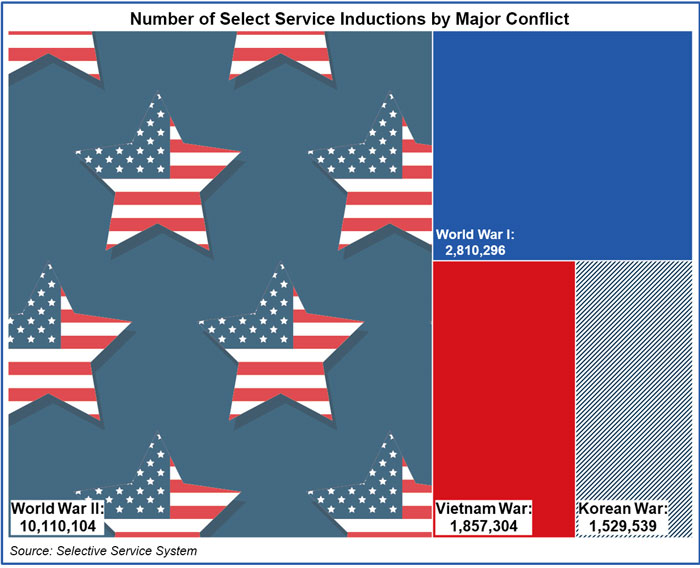 The United States military has been all volunteer since 1973 when Congress allowed the existing draft authorization for the Vietnam War to expire. Since that time the military has worked hard to recruit quality recruits and retain skilled service members for career advancement. By raising standards to enter the service as well as increasing compensation and benefits, the U.S. military has built the greatest fighting force in the world and has provided its veterans with the tools needed to succeed after military service. To enlist in the military, recruits must either be a U.S. citizen or be a legal permanent resident living in the United States, pass the Armed Services Vocational Aptitude Battery (ASVAB) test, meet height and weight standards, pass a medical exam, be between the ages of 17-34 (17-year-olds must have parental consent) and have a high school diploma or GED.

Military personnel receive highly specialized training for the job duties related to their military occupation. There are hundreds of different jobs available in the various branches of the military, and many of them transition to the civilian world. In some cases, more training or education is needed to make the full transition to civilian life. There are several resources veterans can use to make a smooth transition once they leave the military.

South Dakota’s Job Service offices are always ready to assist with job searches, resume writing skills, training programs and more. In addition to local services, CareerOneStop, an online resource provided by the U.S. Department of Labor, is also a great place for veterans to start.

The Veteran and Military Transition Center has a lot of information including a ‘Veterans Job Matcher,’ which allows a veteran to enter his or her military occupation and get a list of civilian jobs matching the skillset developed through military service.

Veterans choosing to further their education can use their GI Bill benefits to help pay for college, graduate school and training programs to supplement their career search after the military. Veterans have a slightly higher rate than nonveterans of having some post-secondary education. According to the U.S. Census Bureau’s American Community Survey, in 2019, 63.4% of veterans fell into a category of having ‘Some college or associates degree’ or ‘Bachelor’s degree or higher’ while nonveterans were at 61.9%. 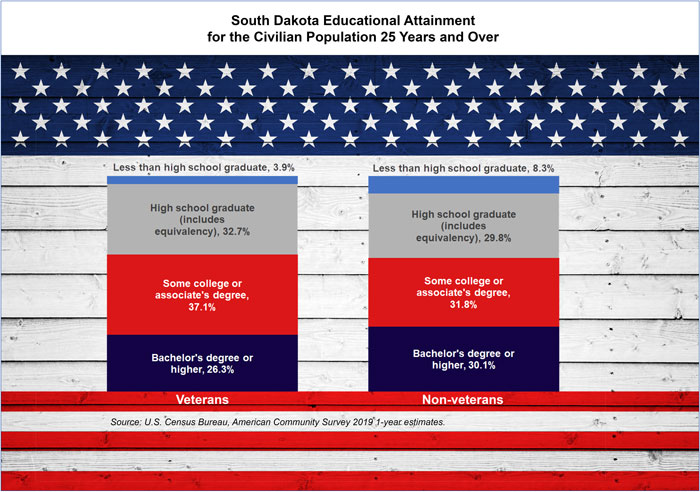 Veterans are a small but integral part of our workforce, making up 5.4% of South Dakota’s labor force. Veterans participate in the labor force at 82.5% and have an unemployment rate of 2.2% for the civilian population 18-64 years of age, according to the 2019 American Community Survey. Many companies strive to employ veterans because of the strengths they bring to their workplace. Hiring a veteran can result in a dedicated employee who has developed valuable teamwork and leadership skills, has a sense of duty and responsibility, strong work ethic, and high adaptability to changing situations.

If you’re an employer, check out the benefits of hiring a veteran and how you can support the Guard and Reserve. Please contact your nearest Job Service office and speak with an employment representative about hiring a veteran. Also, check out U.S. DOL Veterans' Employment & Training Service for additional information on employing veterans and how to formulate an employer initiative for hiring veterans. 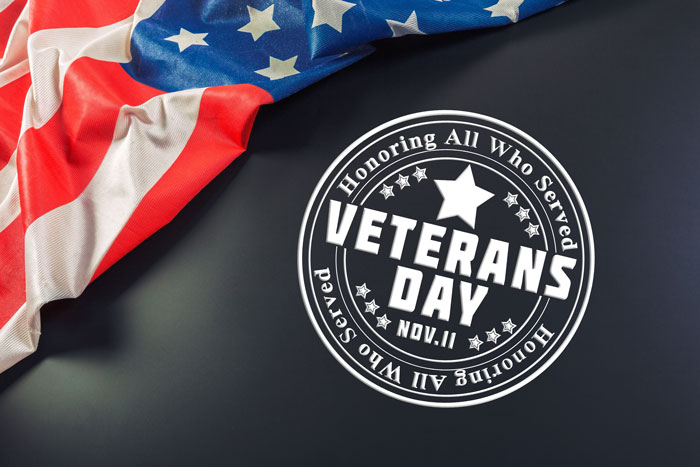